Remind me again, what is the code of the Repo Man? Made in the fading embers of the early years of punk rock, this film takes that attitude and hauls it into a new reality. We are brought to another dimension, jerking and being lurched along by the shirt collar. The humour is deliciously deadpan (“It happens sometimes. People just explode. Natural causes.”, “Not in my face!”) taking aspects of oddball comedy, B-movies, and action adventure, and making a distinctive genre all by itself.

Emilio Estavez, who plays bemused yet hardened central figure Otto, and Harry Dean Stanton, a surly, sagacious Bud who enlists Otto as a Repo Man when he sees him breaking into a car, make a great team, coolly ambling from one insane incident to the next, completely unfazed by the strangeness, just doing their job. They become embroiled in a shady, sinister government plot that is out of this world, encountering stiff secret service agents and out there conspiracy theorist Miller (the brilliantly offbeat Tracey Walter) as well as a raft of mixed-up punks, gangsters and rival repo agents. This film is a nuclear blast, and has an excellent soundtrack as well. Get it!

Repo Man can be yours, just follow this link! 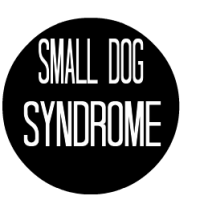